This will be the first in a series of Opera related topics written by people who know nothing about Opera! We hope you find this as interesting and entertaining as we do.

I’ll be the first to tell you—and friends will agree—I know nothing about opera. The depiction of opera from The Phantom of The Opera and that one scene from Pretty Woman has roughly been the extent of my knowledge up until this point. 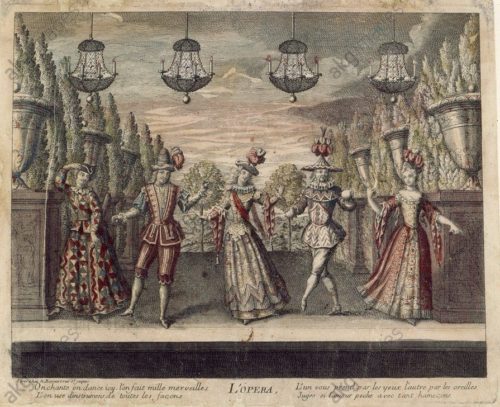 A Big Part of History!

But opera has been a part of the world’s history dating back to the 16th century. A browse of the interwebs informs that opera originated in Italy during the renaissance period, the scientific, cultural, and artistic “rebirth” after the dark ages. Opera is stage art involving a mix of theater, music, visual art, and dance. The first piece of visual art considered to be an opera was known as Dafne portraying the myth of the Greek god Apollo has fallen in love with the nymph for which the opera was titled. It featured string instruments, a lute, a flute, and was accompanied by melodic speech.

If It Isn’t Baroque, Don’t Fix It

From there, in the Baroque period (1590-1750), opera spread throughout Europe—Germany, England, and France—with Italy and France as the nuclei of operatic creation and performance. Opera from the start included opera buffa (the comedies, often about the funny, humorous side of daily life) and opera seria (serious, frequently myth-based operas). Either type was elaborate and a major event.

The Classical period of opera (1750-1820) coincided with the Enlightenment and involved more realistic plots and styles. Mozart is the most well known Classical era composer. This was followed by the Romantic era (1800-1914) when opera became more dramatic and often focused on themes of love and death. The Romantic era is still known today as the golden age of opera. During the 20th Century opera era (1900-2000), some say there were less new and original works and more of a focus on the operas of previous eras. Though during this period, women began to be more prominent in creating opera composition.

And that brings us to today, contemporary or modern opera. Opera today is incredibly varied. Some opera compositions stick to the classic arias, music, and stories (labeled as neo-classical or neo-romantic), while others skip the arias and add in other types of music or different mediums such as film.